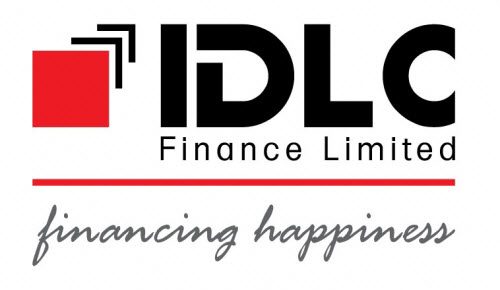 IDLC was initially established in Bangladesh in 1985 through the collaboration of International Finance Corporation (IFC) of the World Bank, German Investment and Development Company (DEG), Kookmin Bank and Korean Development Leasing Corporation of South Korea, the Aga Khan Fund for Economic Development, the City Bank Limited, IPDC of Bangladesh Limited, and Sadharan Bima Corporation. As the company evolved, initial foreign shareholding of 49% was gradually withdrawn and the last foreign shareholding was bought out by local sponsors in 2009. Although we initially started with Lease Financing as our core product, IDLC has grown to become the largest multi-product Non-Bank Financial Institution of Bangladesh, with almost equal focus in Corporate, Retail and SME sectors. Moreover , IDLC has a significant presence in the Capital Markets. Our merchant banking arm, IDLC Investments Limited, a wholly-owned subsidiary of IDLC is a premier brand for investment banking in the country. Our stock brokerage arm, IDLC Securities Limited, another wholly-owned subsidiary of IDLC is also amongst the top five brokers in the country . Over the years, IDLC has attained a significant presence in the corporate sector of Bangladesh. IDLC is highly respected by our clients, peers, employees and regulators for our strong corporate governance, statutory compliance, high ethical standards, a progressive and enabling working environment, and strong commitment to environmental and social development. IDLC continues to play a pioneering role in introducing and popularizing a variety of financial instruments suiting ever-changing requirements of its fast-growing clients. We are continuously expanding our presence to ensure the best quality of service to our clients at all times.

Industrial and Infrastructure Development Finance Company (IIDFC) Limited is a Development Financial Institution, promoted by wide array of financial institutions like ten commercial banks, from both the public and private sectors, three insurance companies and Investment Corporation of Bangladesh (ICB). The Board of Directors of IIDFC consists of senior bankers, successful entrepreneurs and seasoned administrators. The management of IIDFC consists of highly qualified, experienced and motivated professionals. Industrial and Infrastructure Development Finance Company Limited (IIDFCL) was incorporated in Bangladesh on December 19, 2000 as a public limited company. The Company was licensed under Financial Institution Act, 1993 by Bangladesh Bank on January 23, 2001 and started operation from May 2001. The registered office of the Company is situated as Chamber Building (6th Floor), 122-124, Motijheel C/A, Dhaka – 1000, Bangladesh. The objective of IIDFC is to promote and finance investments in infrastructure and industrial sector. Since its inception, IIDFC has played a catalytic role in providing alternative source of financing of capital assets to the private sector enterprises. The services provided included promotion and financing of economically viable industrial undertakings and infrastructure projects, lease financing for all types of machinery and equipment includes transport vehicles, participation in the privatization of financial and other public enterprises through acquisition or by providing technical assistance. IIDFC is active in arranging syndicated finance for large projects and is one of the market leaders in this segment. There is separate department for SME financing. IIDFC also offers Bill Discounting, Work Order Finance and other services. 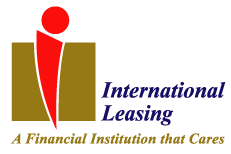 National Housing Finance & Investments Limited (NHFIL) a private sector housing finance company incorporated in August 1998 as a public limited company under the Companies Act 1994. The Company obtained license from Bangladesh Bank under the Financial Institutions Act, 1993 in December 1998. The main objectives of the Company are to carry on the business of financing the acquisition, construction, development and purchase of houses, plots, apartments, real estates, commercial spaces etc. with a view to providing finance for peoples’ basic need for shelter, enhance housing stock of the country, and promote affordable home ownership. In addition to this NHFIL is also involved in other activities such as accepting deposits, SME financing, Project financing, Lease financing & Term loan facility to the corporate and other small and medium clients (SMEs). Generally Lease finance offer to procure Capital Machinery/Factory Equipment, Generator, Medical Equipment, Car, Buses, Sea vehicles etc. As on 31st December, 2015 the Authorized and paid up capital of the Company were BDT 2,000 million and BDT 1063.9 million respectively. NHFIL floated its shares in 2008 to general investor through Initial Public Offering (IPO) and was subsequently listed with the Dhaka Stock Exchange Limited and Chittagong Stock Exchange Limited. The Company is currently operating with five (5) branches covering Dhaka, Chittagong, Bogra and Rangpur districts. The present chairman of the company Mr. Latifur Rahman who is the Chairman and CEO of Transcom Group. He is Vice President of International Chamber of Commerce -Bangladesh. He is also Chairman of Nestlé Bangladesh Limited and Holcim Bangladesh Limited.

Key Milestones: November 08, 1986: Agreement signed between the UAE and Bangladesh Government. June 11, 1987 : Incorporation of UBICO March 15,1989 : Establishment of Corporate office December 18, 1995 : Licence by the Central bank of Bangladesh. December 08, 1997 : Signing of First Investment Agreement. July 20, 2015 : Awarded ISO 9001:2008 Certification. The UAE-Bangladesh Investment Company Limited (UBICO) is a Development Financial Institution(DFI). It was established under the joint initiative of late H.H. Sheikh Zayed Bin Sultan Al Nahyan, the founder and President of the United Arab Emirate and the Government of the People’s Republic of Bangladesh. The strong desire and sincere realization of late H.H. Sheikh Zayed Bin Sultan Al Nahyan to extend assistance to Arab, Islamic and friendly developing countries to overcome economic hardship and challenges was the main philosophy behind to set up the company. Accordingly in the year 1986, a joint protocol for collaboration was signed between then two Government to establish the company. UBICO was floated as a Private Limited Company with the Abu Dhabi Fund for Development (ADFD) an integral part of the UAE Government and Government of Bangladesh as the two share holders. It was incorporated on June 11, 1987 under the Bnagladesh Companies Act 1913 with its head office in Dhaka, Bangladesh. The company started its business in June 1989. Of its share, 60% was paid by ADFD and remaining 40% by the Government of Bangladesh. Subsequently, under the financial institution act 1993, Bangladesh Bank ( Central bank of Bangladesh) granted licence to UBICO in 1995 to operate as Financial Institution. Vision: To contribute towards Socio-Economic Development of Bangladesh. Mission: To invest in Financially viable socio-economic development projects of Bangladesh. Values: We give priority for the socio-economic development projects of Bangladesh. We act in the best interest of Bangladesh. We foster a qualitative management system. We prefer integrity and transparency. We operate efficiently and effectively. We respect and value each other as partner. Investment Policy: UBICO abides all national and international standards as benchmark for its investment and financing activities. World bank environmental standards and core labour standards of the International Labour Organization (ILO) is also the primary criteria to consider any investment proposal. Besides above, UBICO prefers to consider any projects/investment on the following crieteria: It should be environmental and social compatiable It should creat jobs and income It should create Foreign Exchange earning scope for the country It should transfer technology and expertise to the local It should contribute to expand local business sector It is not a toatlly commercial organization focusing only on profitability, but a development financial institution. UBICO would like to fulfill its role and commitment by acting as, a dependable financing partner and to ensure that the investment have positive effects for the country/nation. SME Financing Policy In line with Bangladesh Bank policy and program on SME finance, which is the life-blood of economic activities and employment-generation opportunity of Bangladesh, the UAE-Bangladesh Investment Company Limited (UBICO) is fully dedicated to participate in development of the SME sector jointly with banks, other financial institutions, Non-Government Organizations and Micro Credit Financing Entities by using their platform to reach the SME aspirant candidates and women entrepreneurs to extend them the required financial facilities. Membership: Foreign Investors Chamber of Commerce and Industry (FICCI) International Chamber of Commerce – Bangladesh (ICC) The Institute of Bankers – Bangladesh (IBB) Auditor: AHKC, AZIZ HALIM KHAIR CHOWDHURY,Chartered Accountants Legal Advisor : Mr. Rafiqul Huq, Bar-at-law Mr. Kamal ul Alam, Bar-at-law Mr. Forrukh Rahman, Bar-at-law Mr. Sayed Rezaur Rahman, Advocate CSR activities : Providing financial assiatence to Flood Affected people Providing financial assiatence to SIDR affected people Extending training facilities to the employees. Extending training facilities to the fresh graduate of different reputed Universities.

Operating as a Financial Institution since 7 May 1995 . Credit Rating : A+ by Credit Rating Information and Services Limited (CRISL) In consecutive inspections by Bangladesh Bank, our CAMEL rating is STRONG . Public issued shares are being traded since 15 July 1997 and the status is BLUE CHIPS . The only listed FI in DSE 20. Enjoy Re-finance facility from Bangladesh Bank. Enjoy Credit, Bridge and Standby Facility, Investment Promotion and Financing Facility, World Bank funded projects. Equity: BDT 1.47 billion as on 31 December 2007. ICMAB National Best Corporate Award 2007 (1st position).